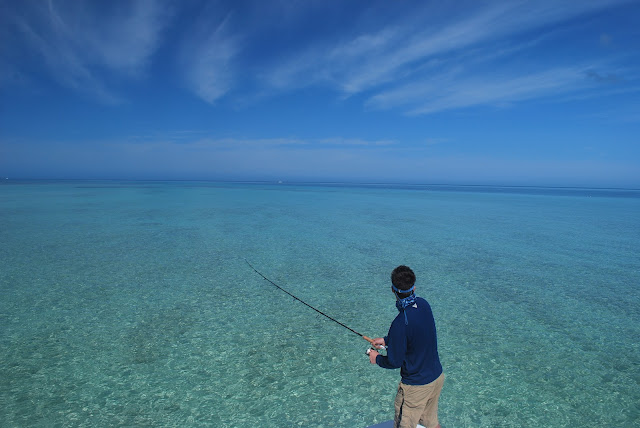 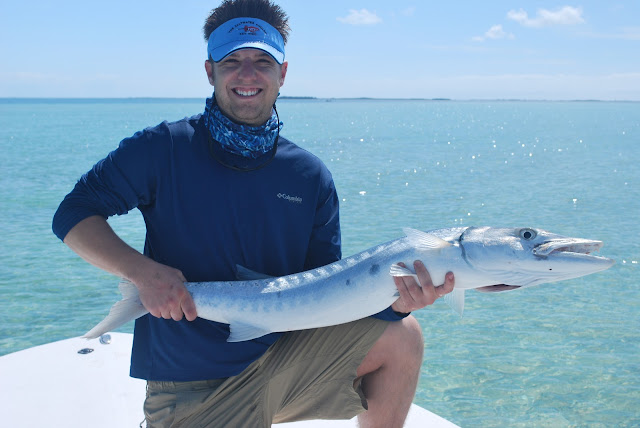 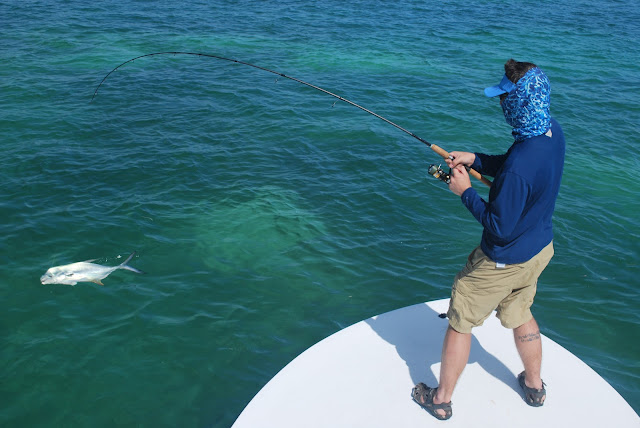 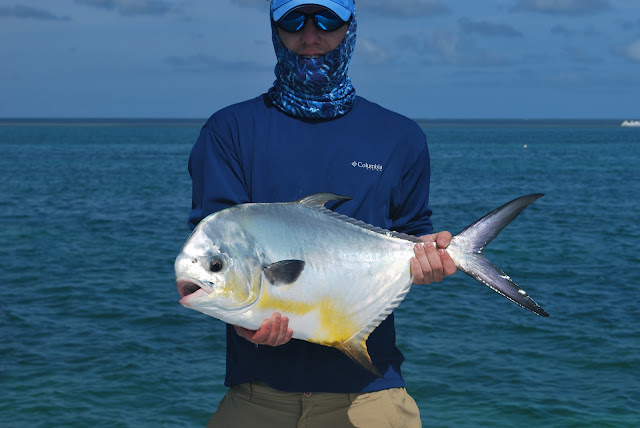 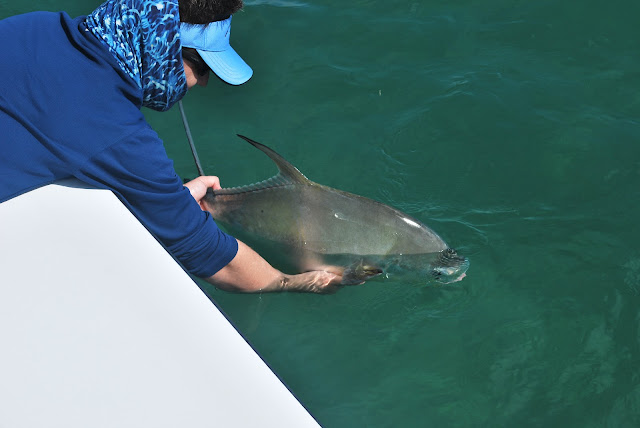 I fished with Ted and his wife Carol from Chicago today.  We had another beautiful day with sunny skies, light southeast wind and it was warm. The water temps were still on the cool side this morning, but with warm breezes throughout the day the water temps quickly rose to a more suitable level for our permit.  The morning started off a little slow but we had plenty of shots at barracudas and sharks and couple shots at permit, with eating a crab off the hook, before I realized he at it.  Permit 1, guide 0.  We moved up to the gulfside this afternoon to catch the incoming tide.  With warming water and a rising tide, permit in real good numbers moved up onto the flat we were fishing.  The last two hours of the trip Ted caught three permit, the largest about 25 pounds and his wife carol caught a nice barracuda and a jack off a huge nurse shark.  We saw a lot of permit tailing and feeding in deeper water just off the flat. As long as we stay in the weather pattern, flats fishing in Key West will continue to be phenomenal. 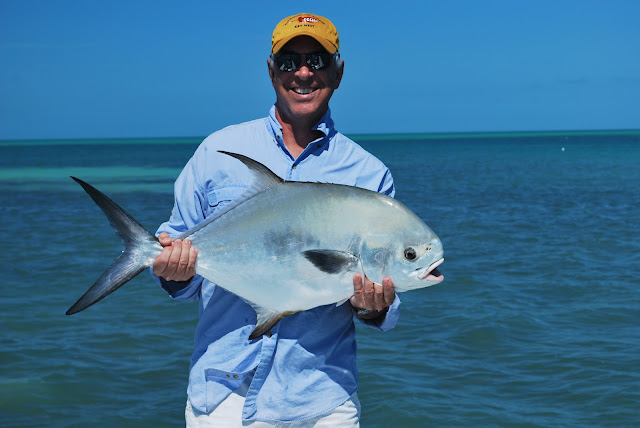 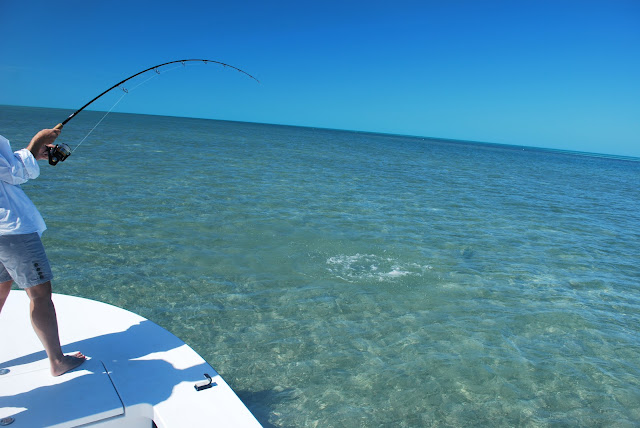 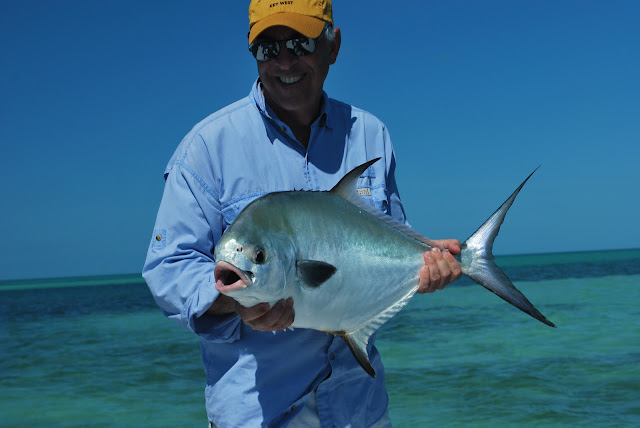 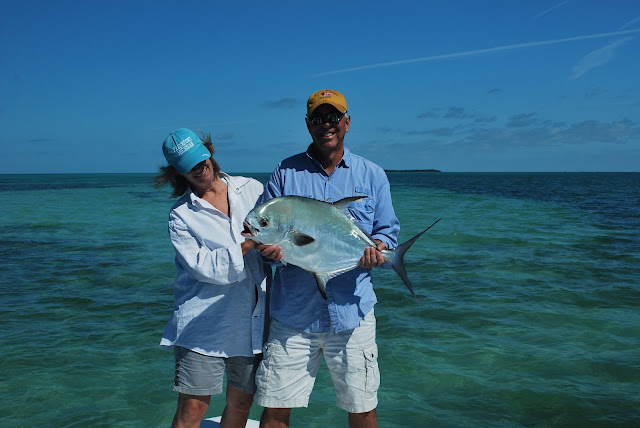 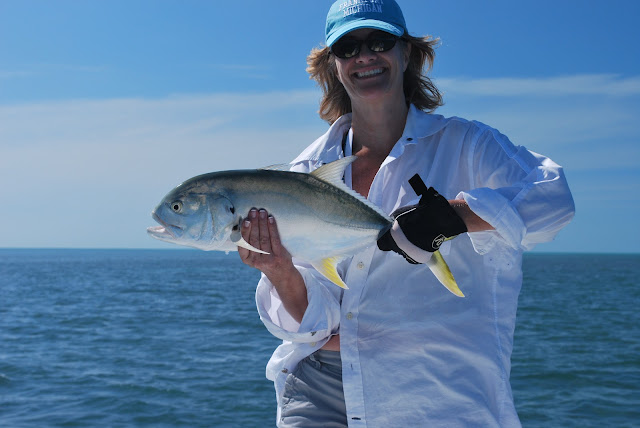 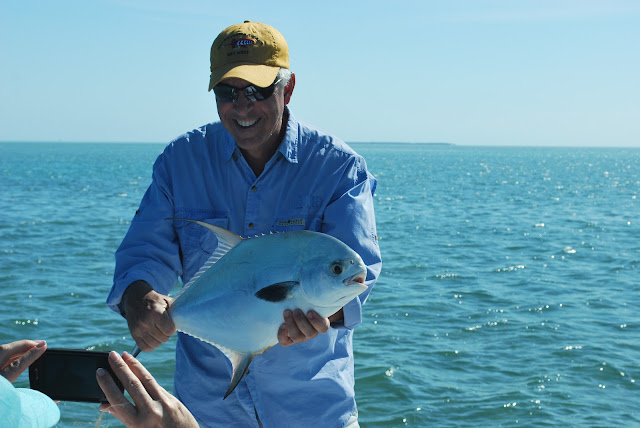 Redfish on Fly in Key West

I had a great day on the water with Doug and Sarah from Wyoming yesterday.  Fresh off a strong cold front that passed over the weekend, water temps had plummeted to the low to mid 60's in the backcountry.  First area I decided to check was the redfish flat and it did not disappoint.  Doug caught two nice redfish out of the four that ate his fly and had about another 3 or 4 shots.  We saw probably 15 or so single redfish, most of which were laid up and we drifted right over, and one big school containing at least 10 redfish.  This is the most redfish I have seen so far on this flat.  Needless to say I am pretty excited about having this area, with good numbers of redfish, for when the water is cold and not quite right for our other flats species of permit, bonefish, tarpon and barracudas.

Thanks again Doug and Sarah. 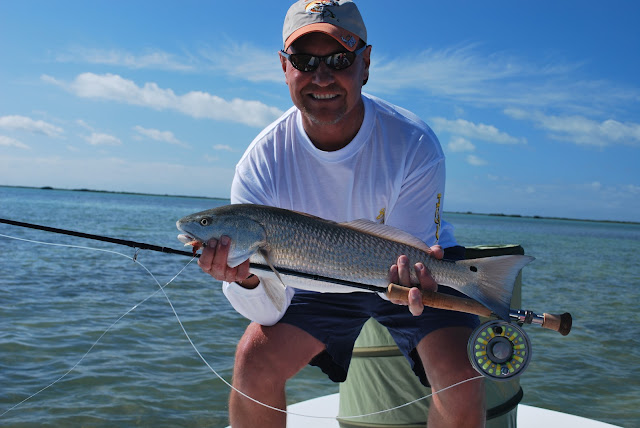 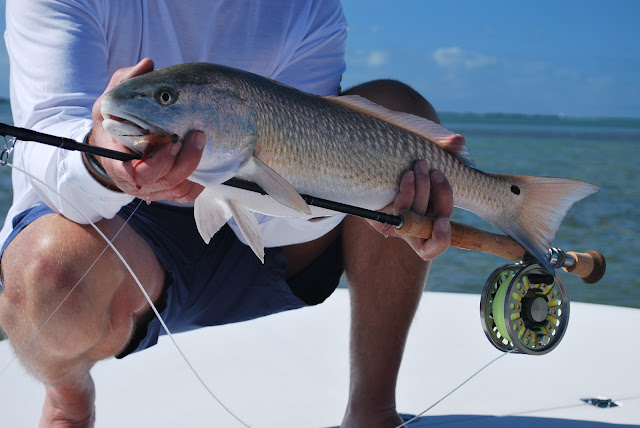 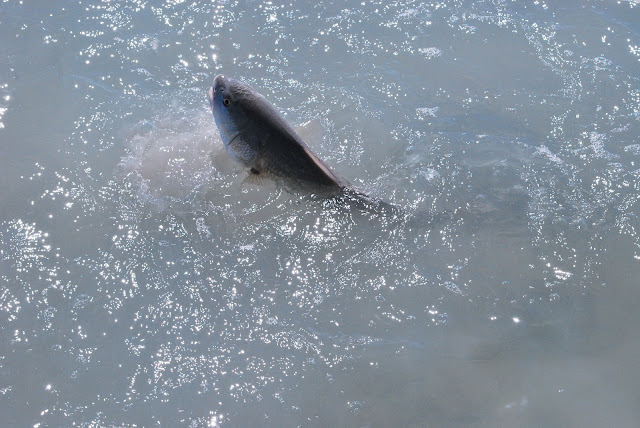 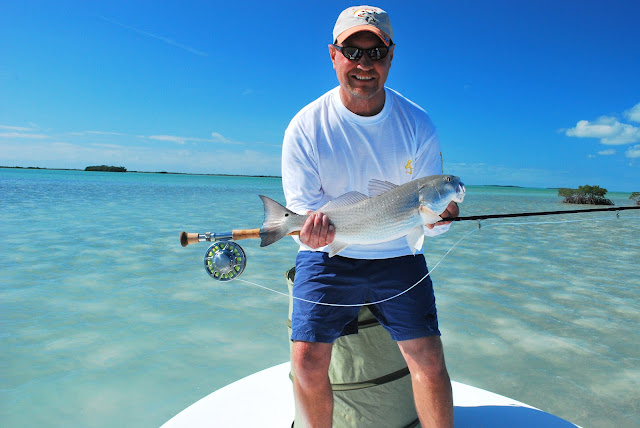 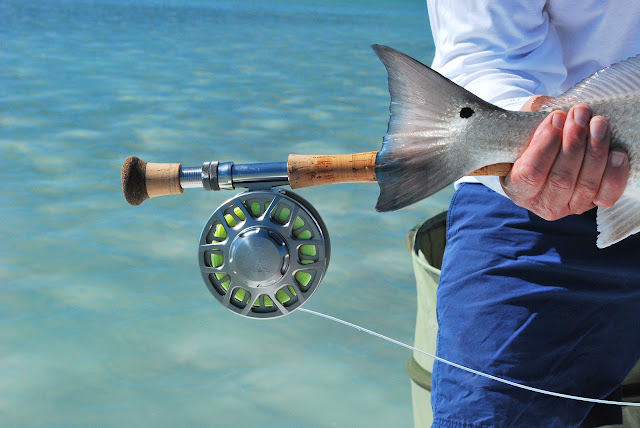 The 2nd Annual Cuda Bowl was held this past Friday and Saturday.  Cloudy conditions and high winds of 30 mph made for about the worse sight fishing conditions possible.  Despite the awful weather there was a lot of barracudas caught over the two day event and everyone had fun.

Go to the Cuda Bowl website to see all the results and sponsors from this year's tournament.

I fished the Cuda Bowl with friend and long time client Mike Metzler of Ohio.  Despite a sore back Mike stood on the bow of my Beavertail BT3 Skiff for two days constantly casting.  We had a great two days of barracuda fishing releasing 15 barracudas over 24 inches, 6 measuring in the mid 40's, and countless strikes, follows and a few bite offs.  We took fourth place overall in the spin division, 20 points behind the winner. 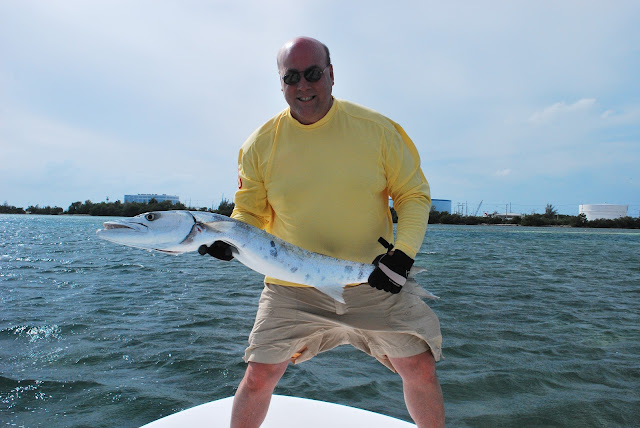 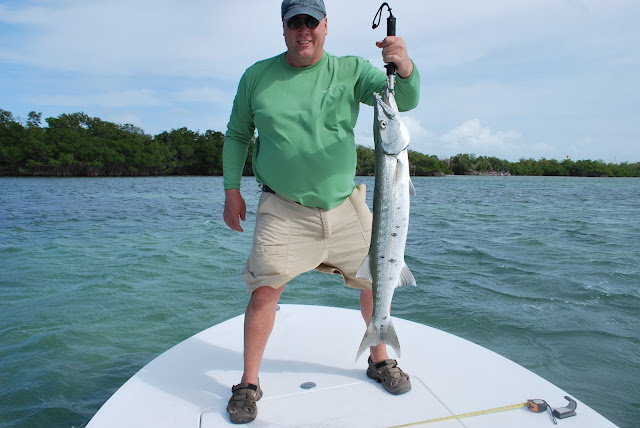 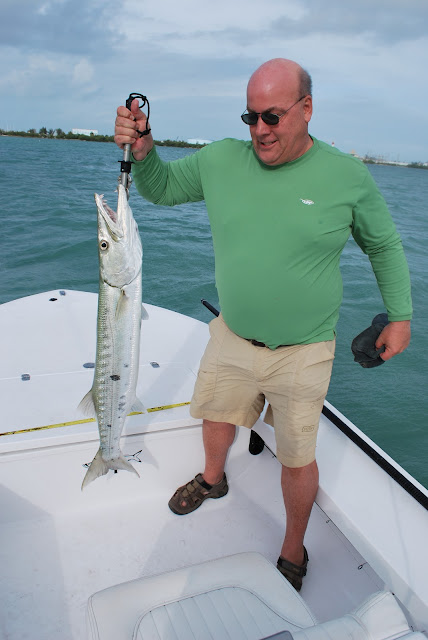