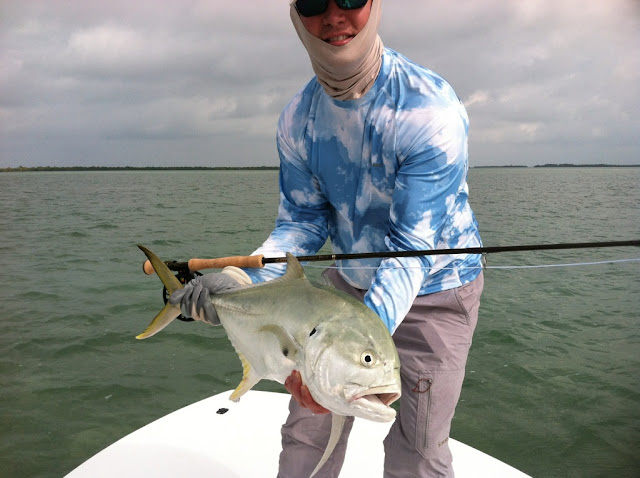 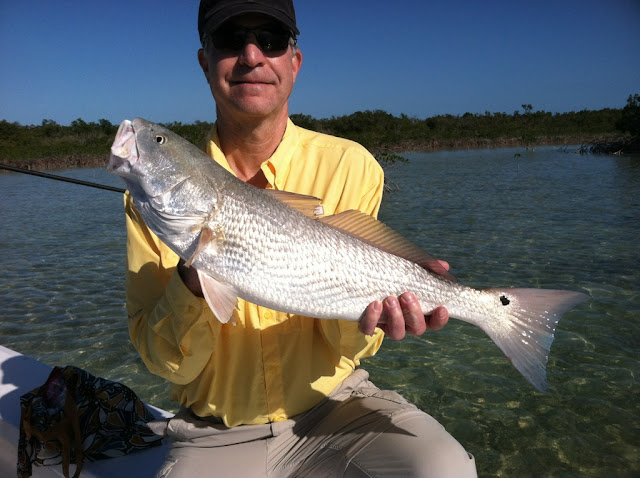 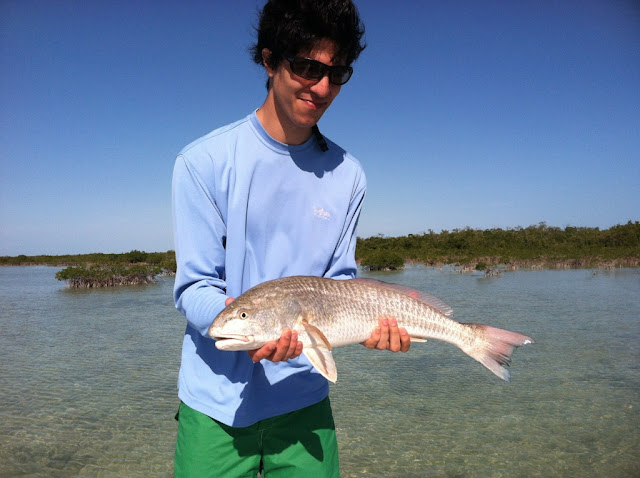 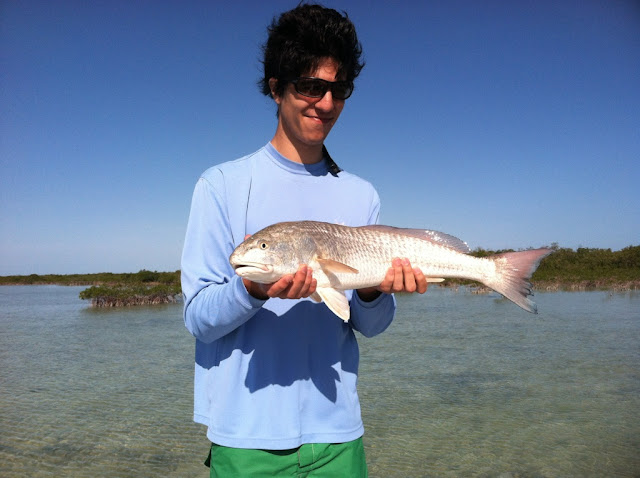 Had a good day fishing for redfish with Andy and Charlie from Delaware. The guys caught four real nice redfish and we saw a couple of others. We had a few shots at barracudas and few follows while blind casting catching one small one. The barracuda fishing wasn't nearly as good as I thought it would be. Water is still very cold and it will take another couple days to get the water temperatures up to where they need to be. 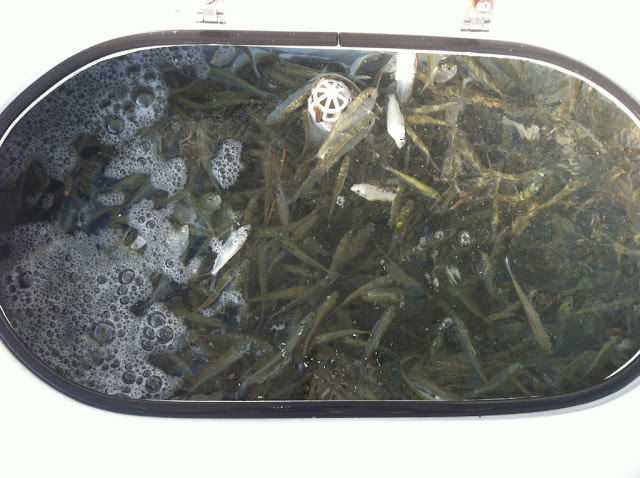 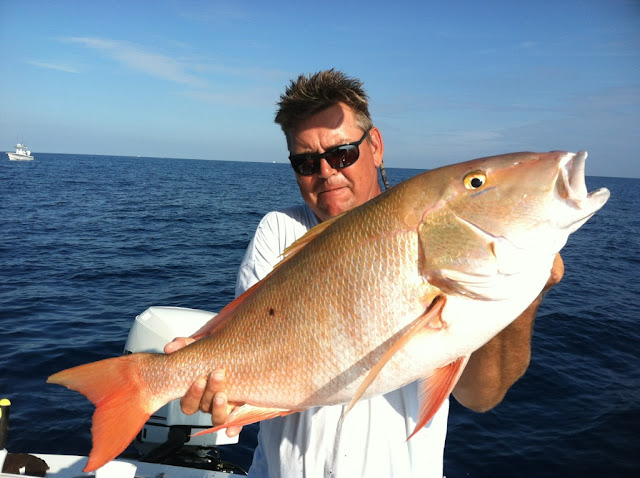 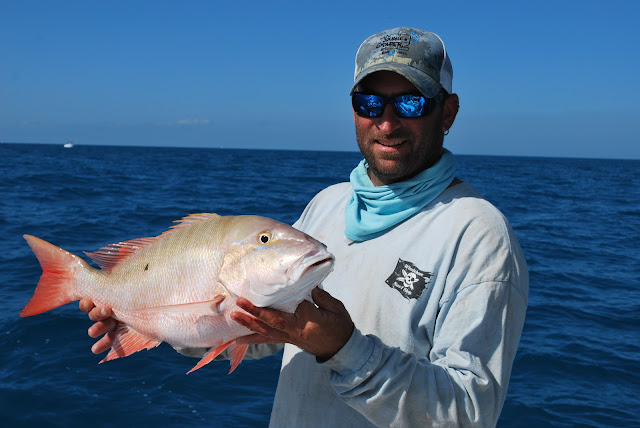 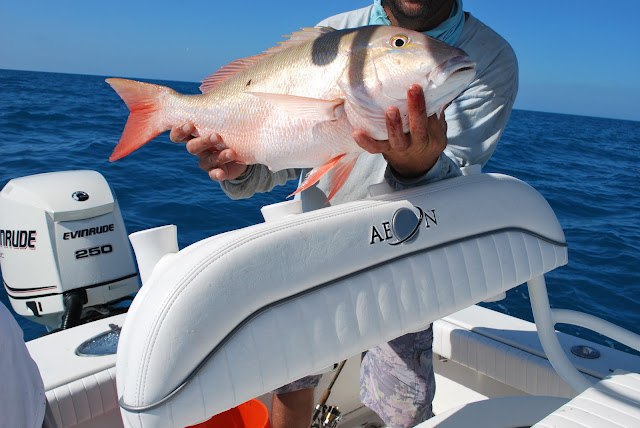 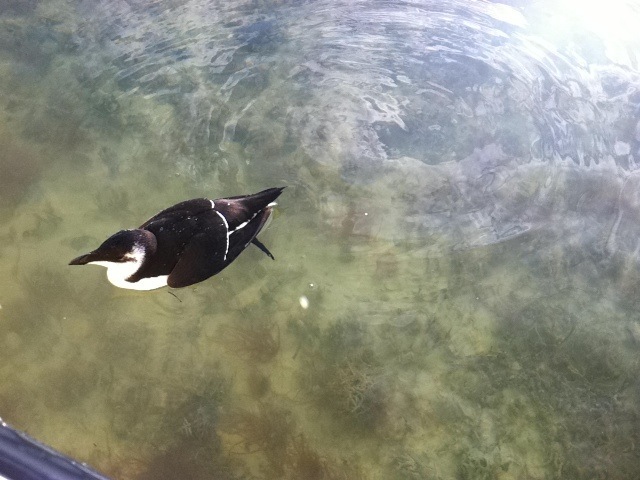 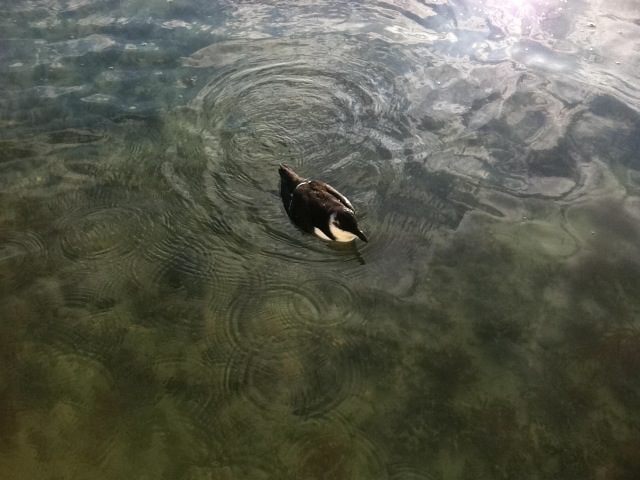 Not sure what type of bird this is, but it really looks like a small penguin. He was swimming right up to the boats cast netting pilchards.  Pretty cool.

Okay, I just read about this mystery bird on the MyFWC Facebook page after posting the photos above.  The bird is not a penguin, but rather a razorbill which has been moving into the Southeast US.  According to the MyFWC facebook post razorbills spend their entire lives in the cold waters of New England and Canadian Atlantic Provinces.  You can read the entire article on the MyFWC Facebook page.
Posted by Captain Mike Bartlett at 6:12 PM 0 comments

Took the Aeon 23 DLX offshore Key West for some yellowtailing with Captain Peter Heydon and Captain Rob Kramarz last Wednesday.  We anchored on the outside of the bar in about 90'.  Winds were from the south little over 10 mph, so a little lumpy, 2-4 ft seas but not too bad.  Forecast was for the winds to lay down to under 10 mph, but that never happened.  Wind instead increase and was closer to 20 mph than 10 mph.  The seas churned up to 3-5 foot with the occasional 6 footer passing through.  I was amazed that as sloppy as the ocean was we never took a wave over the bow at anchor or while running back in.  What an incredible vessel.  The video below shows somewhat of what it was like but really doesn't do it justice.  I was sitting on the cooler in front of the console watching every wave come at the boat freaking out that the next set of steep waves was the set coming over, swamping the boat and sweeping us away.  Fortunately that never occurred and we lived to tell the tale.

Beavertail Skiffs continues their Florida Tour next weekend, Saturday December 15th on Matlacha in southwest Florida.  Please click on the link below for details.