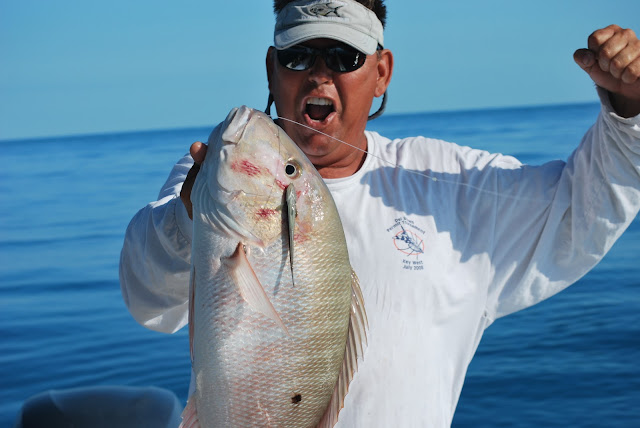 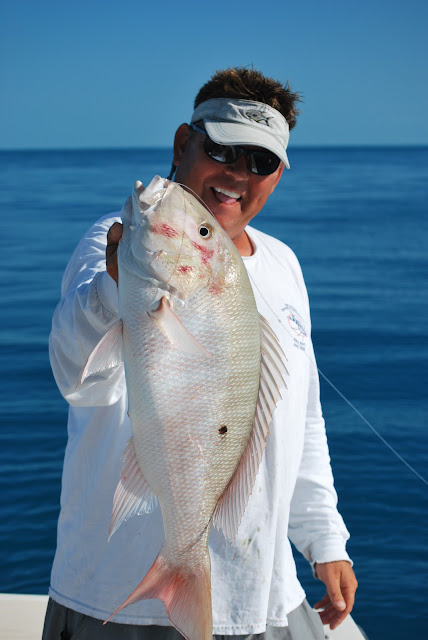 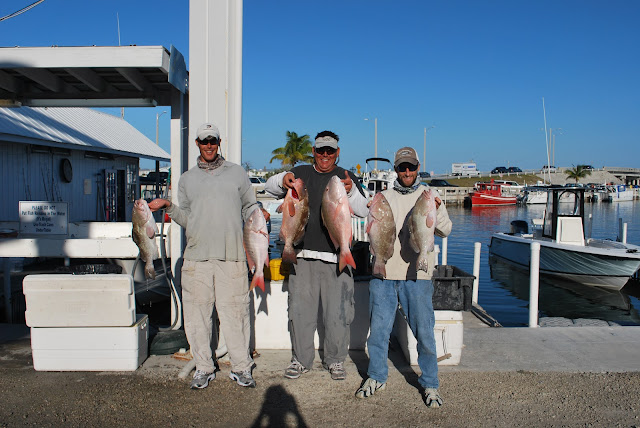 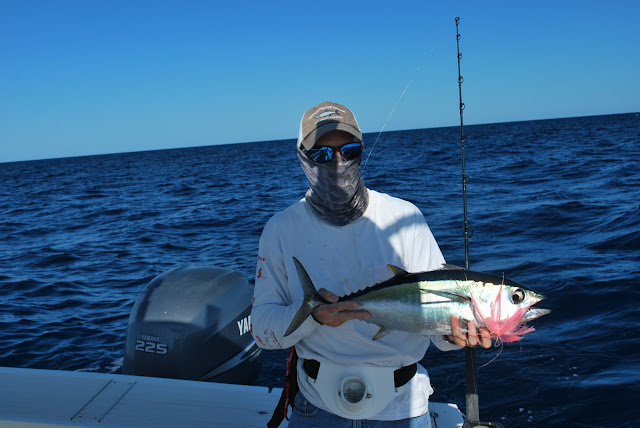 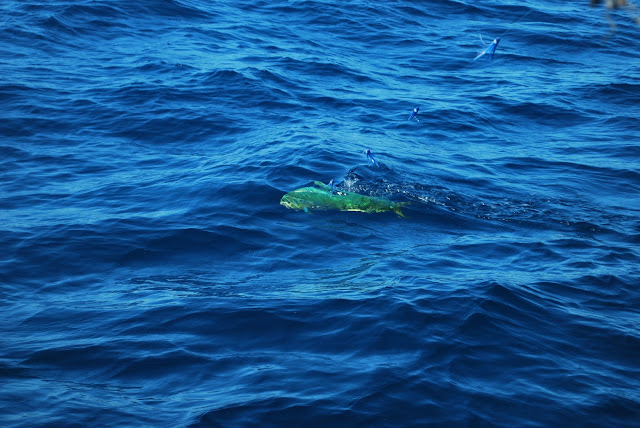 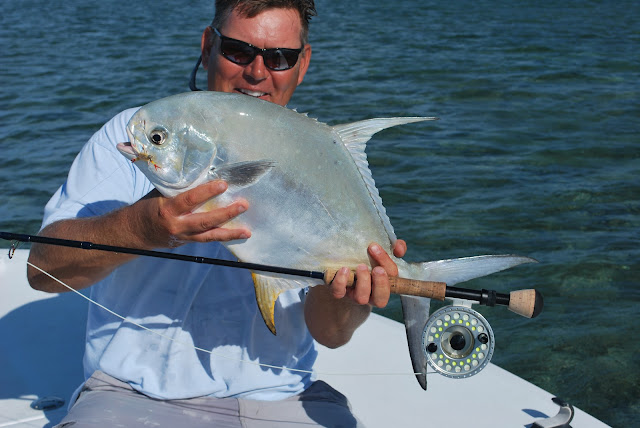 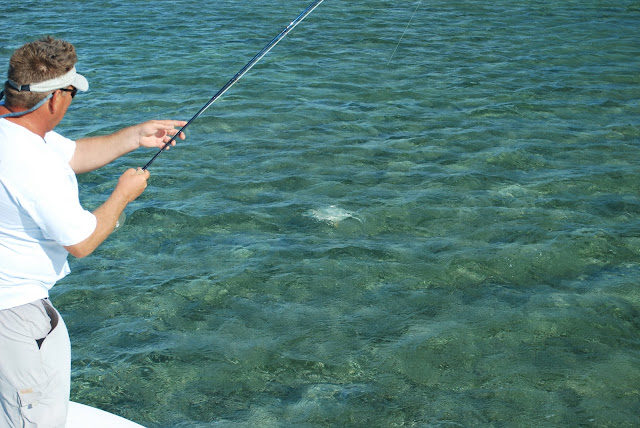 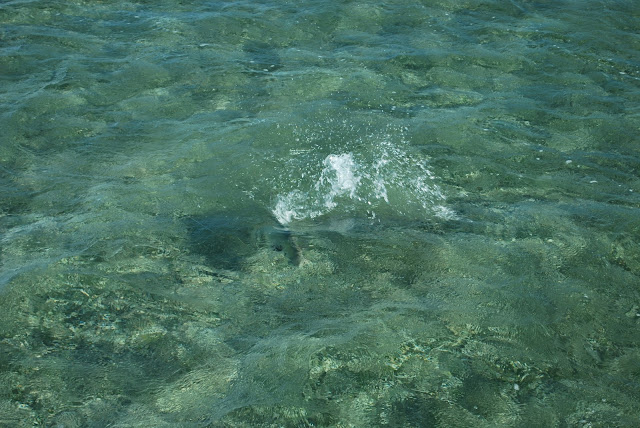 My buddy Captain Tony Skinner and I went on a field research trip the other day in the Key West backcountry.  We fished a couple of flats we haven't fished in a good while in hopes of finding redfish.  With low winter tides, a ton of mullet around and good light, we had the right conditions.

Tony spotted the first redfish not too long after we started working the flat.  We ran over a few but Tony spotted a couple of slot redfish ahead of the boat.  I managed to get a cast near the fish and the shrimp we were using were instantly eaten.  You'd think these fish haven't eaten in a month the way they jumped on the baits.

As we went along we spotted a few barracudas landing two and few other follows.  We saw lots of small lemon sharks and a nice surprise was two tarpon with one of those eating a shrimp Tony placed in front of it.

Great day on the water!! 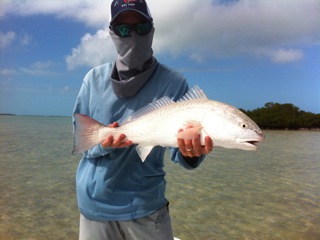 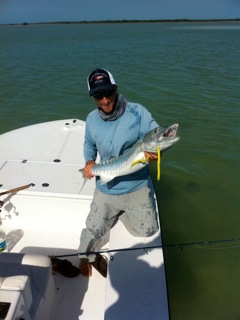 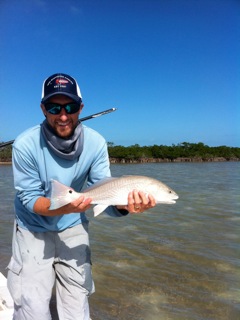 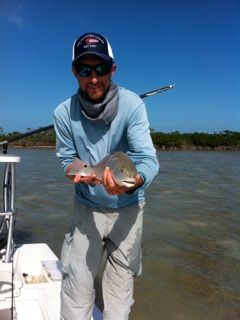 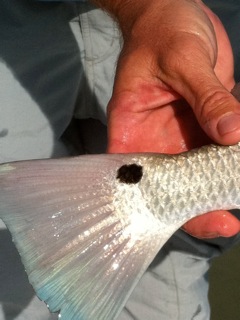 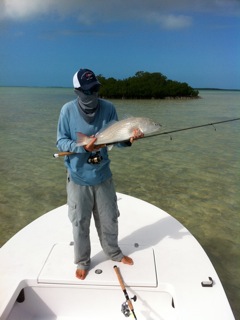 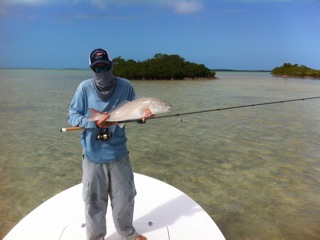 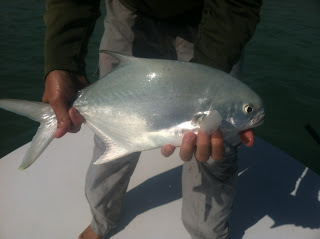 The grouper from my previous post was this evening's dinner, very yummy.  The grouper was seasoned with a little sea salt, pepper and rosemary then sauteed in pastured butter and organic coconut oil.  I added some unsweetened organic shredded coconut to one of the grouper chunks for me.  The fish had almost a creamy texture to it, it was sooo good!!  The veggie is mashed cauliflower with some more pastured butter, a little shredded swiss cheese and sour cream. 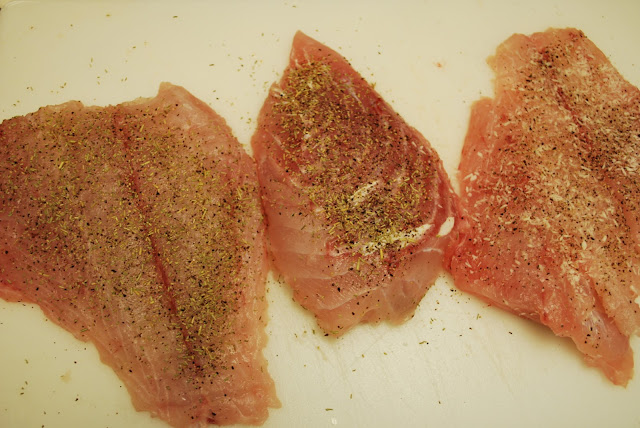 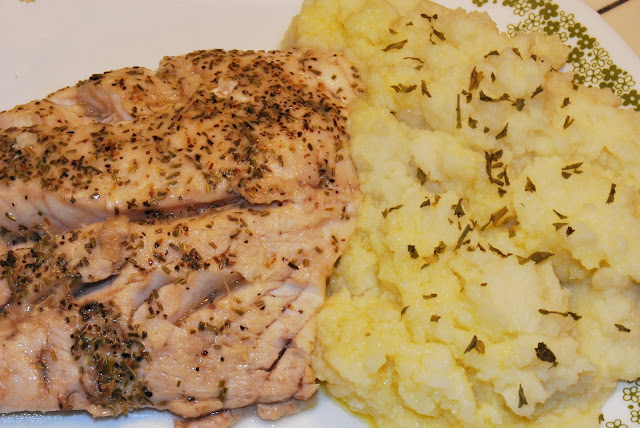 My buddy Captain Peter Heydon and I took advantage of the beautiful weather we had today and ventured out to the reef for some yellowtailing.  The bite on the reef was on all morning and we filled the cooler in only a few hours. I first dropped a bait down to the bottom while the chum was working.  Bait hit the bottom and was instantly eaten by the big red grouper pictured below.  A few other drops to the bottom resulted in smaller hinds which were released.  Pete freelined his first bait back for yellowtail and hooked something big that went straight to the bottom and got hung up.  A few minutes of patience and it came free.  Pete landed the big mutton snapper pictured below.  Wow what a start!!

We settled in for yellowtailin' and we each caught a triggerfish, which will make some nice ceviche for tomorrow.  We finally got a yellowtail after all that and it was a quality fish.  We topped of the cooler with a bunch of  yellowtails, we kept nothing under 16 inches.  We also caught a few mackerel and a couple of small bonitas. 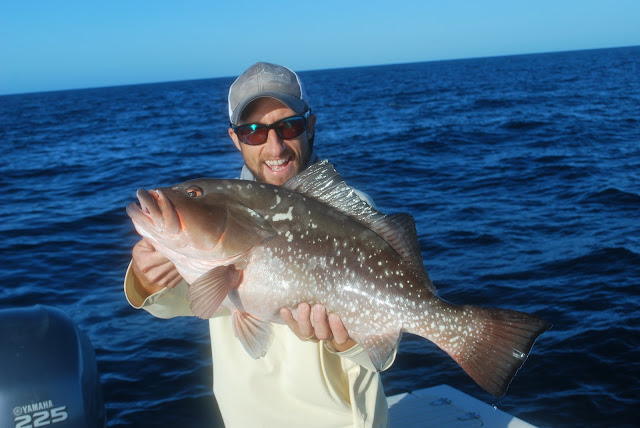 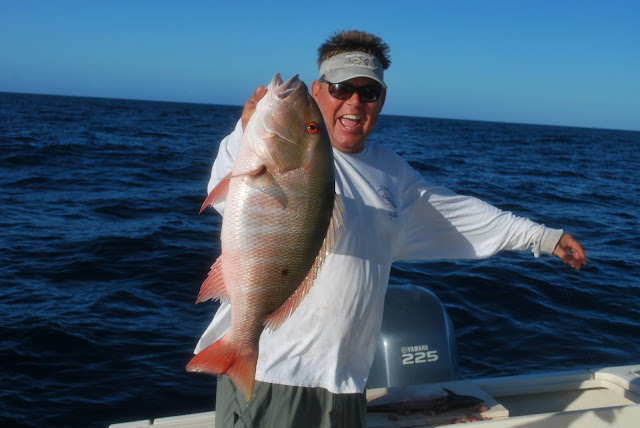 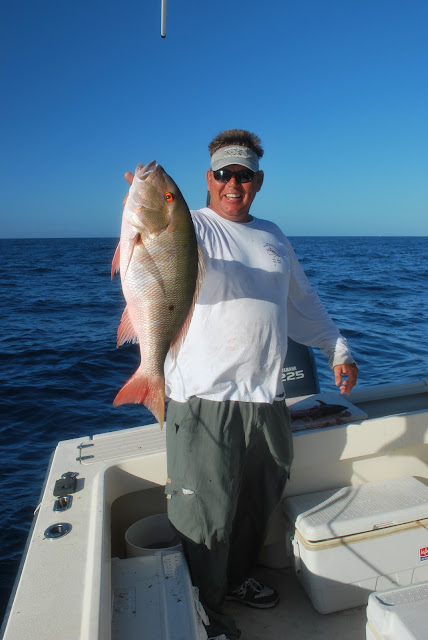 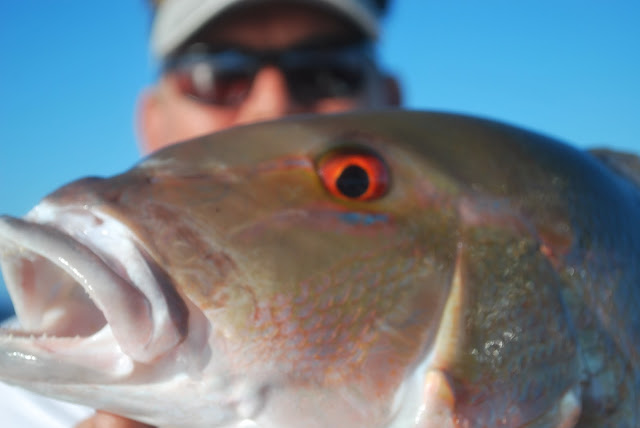 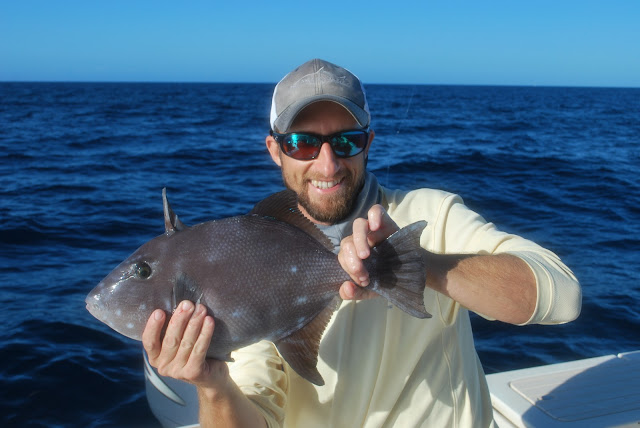 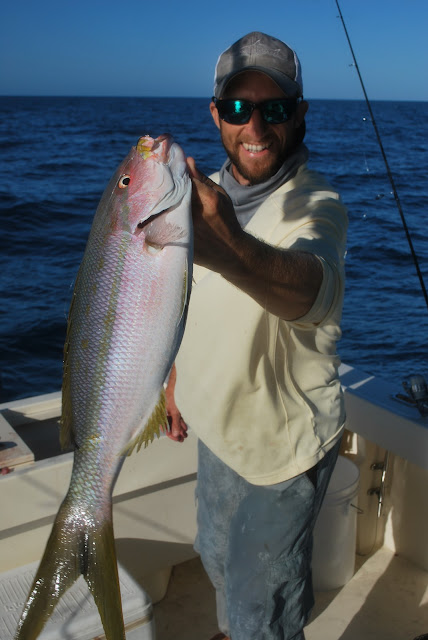 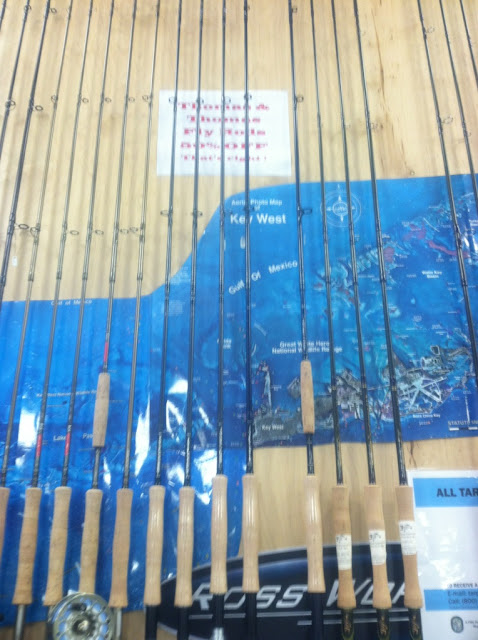 FishMonster Magazine is loaded with a ton of great fishing, boating and diving articles by captains and guides throughout the Florida Keys and up to date fishing regulations from the regulatory agencies that govern our waters.