We are in Key West right?  After some wicked weather over the weekend and three canceled trips, we had a strong cold front pass over the Keys.  The same clipper that brought cold and snow up north this weekend brought us a cool night last night at just under 70 degrees and a good north breeze.  Tonight is forecast to be colder at 66 degrees and probably a record low temperature.

This probably doesn't sound so bad to those up north, but we are normally at about 75-85 degrees (night-day).  The water temps have dropped to the low 70's after being around 80 degrees last week and should drop a few more tonight.  This really puts a damper on tarpon fishing which should banner right now.

Instead of struggling all day to find tarpon and those we might probably won't eat, we decided to have a fun fishing day and fish the backcountry basins for trout, ladyfish and jacks.  I chummed some for sharks, but none showed up.  Chris, my angler this morning, caught this big trout (Key West standards), several ladyfish and jacks.  I took Chris to the redfish flat that was good to me most of this winter and we found several mudding and cruising.

We spent the last hour and a half on the ocean side in hopes of permit or tarpon.  Though we didn't see any permit we did see about six tarpon, which was quite surprising to me given the 72 degree water temp.  They were hugging the bottom, moving fast and incredibly difficult to see despite the perfect blue sky we had.

Another cold night tonight, then hopefully back to normal in a couple of days.  It has been a very difficult season so far, I hope things get straight here soon.  Here we are at the end of April and I will be wearing my fleece in morning. 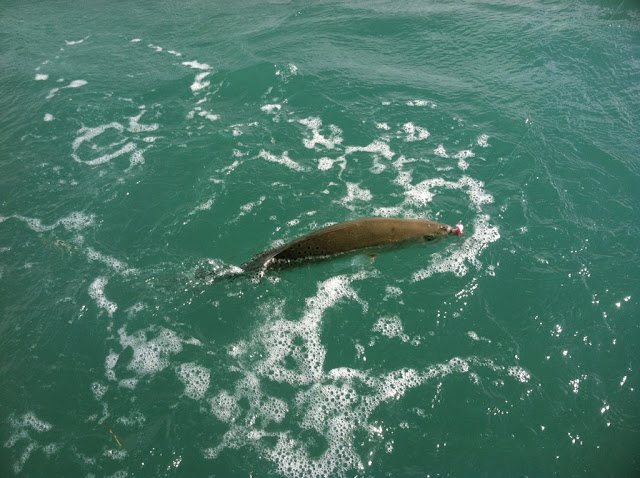 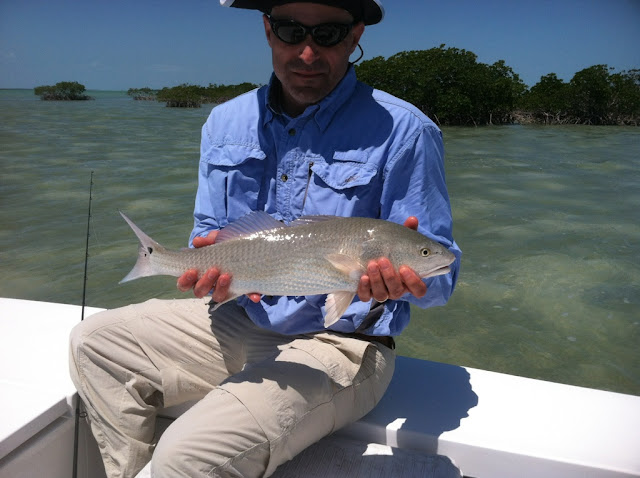 Lots of ketchup and mustard in today's forecast. It's a honey-do list kind of day.

Posted by Captain Mike Bartlett at 11:43 AM 0 comments

Tarpon fishing has been phenomenal this week.  A few calm days and lots of sunshine has made fishing the flats a great pleasure again.  We've been jumping tarpon in every way; fly, lures, bait, deep water and on the flats, during the day and at night.  We are coming into tarpon season a little early this year, if you got the bug and haven't made your plans now is the time.  Most guides are booked up solid, but we may have a day or two we are looking to fill so get on the phone and emails and get in on the action. 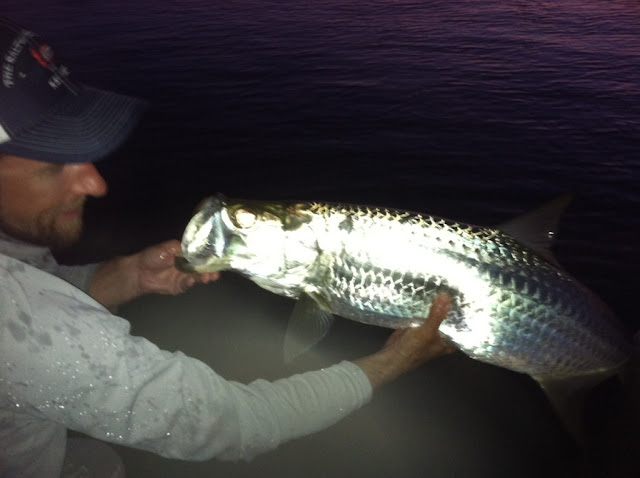 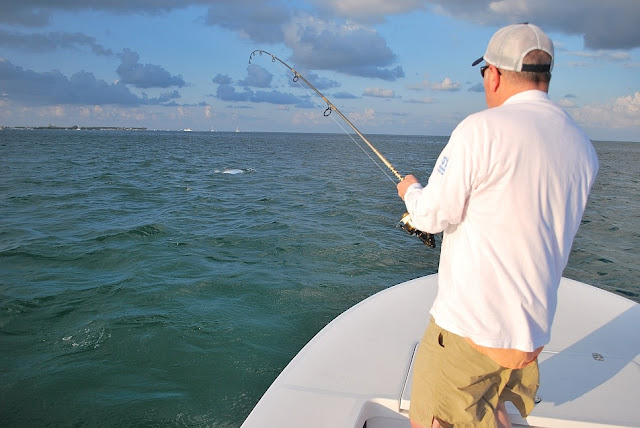 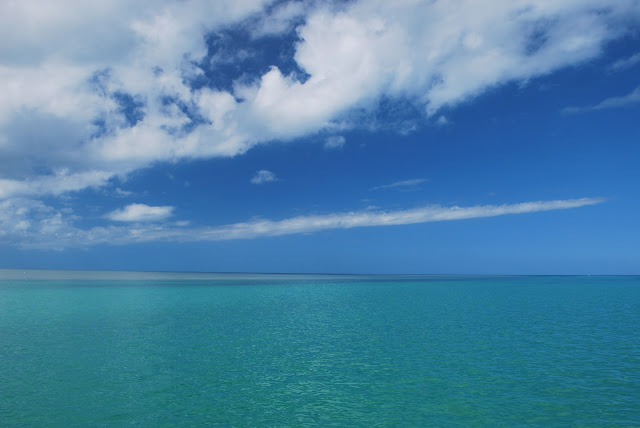 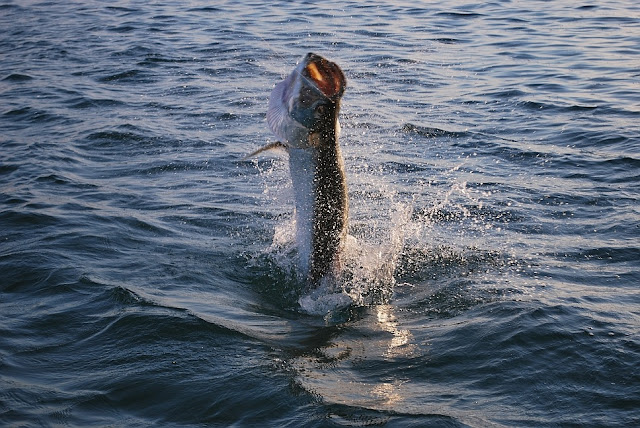 Day two with Luke and his wife Casey.  We had another great day on the water.  Lots of tarpon around and Luke and Casey both jumped several on fly, lures and bait.  Nine jumped in total and a few other eats.  We we got into small tarpon and some full grown specimens as well.  They also got into some jacks for a little while and landed a few big lemon sharks. 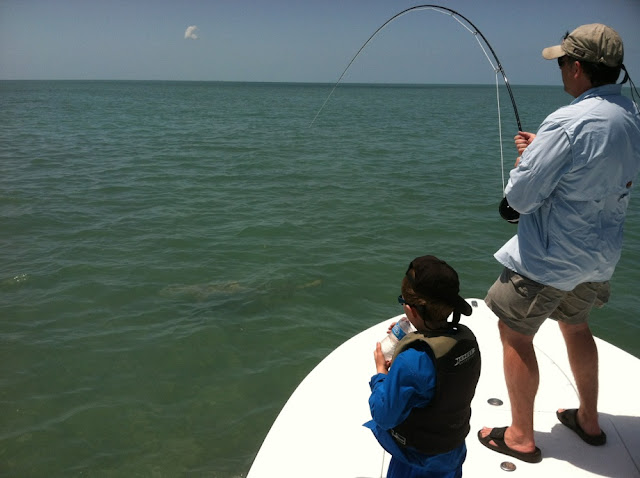 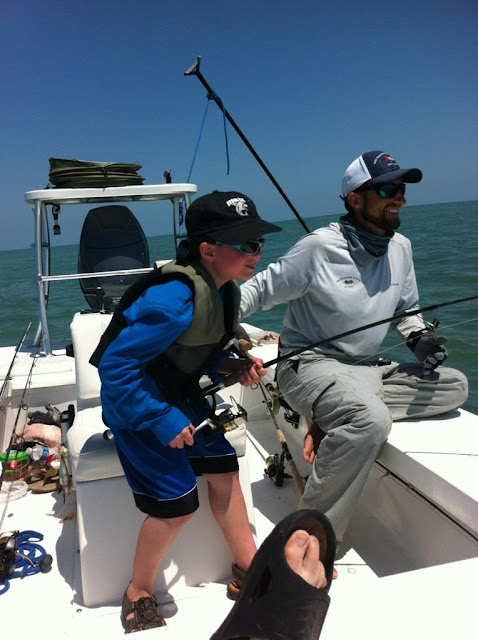 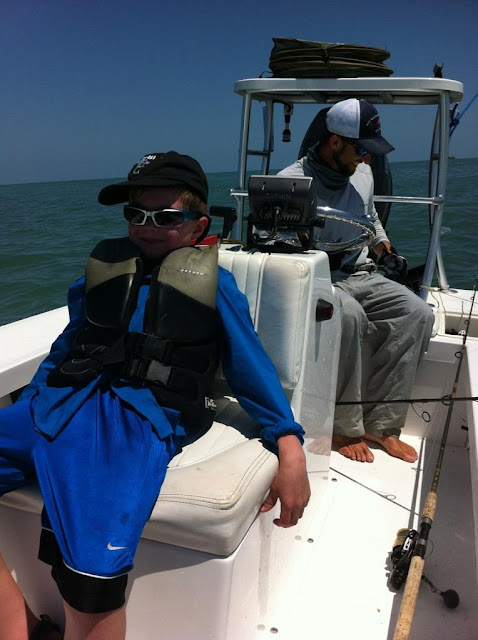 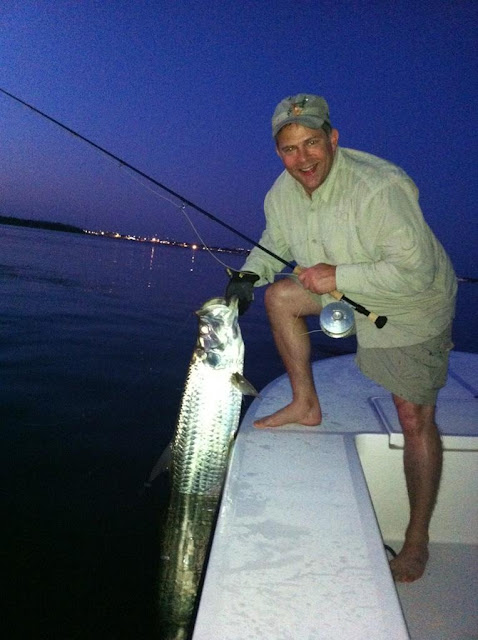 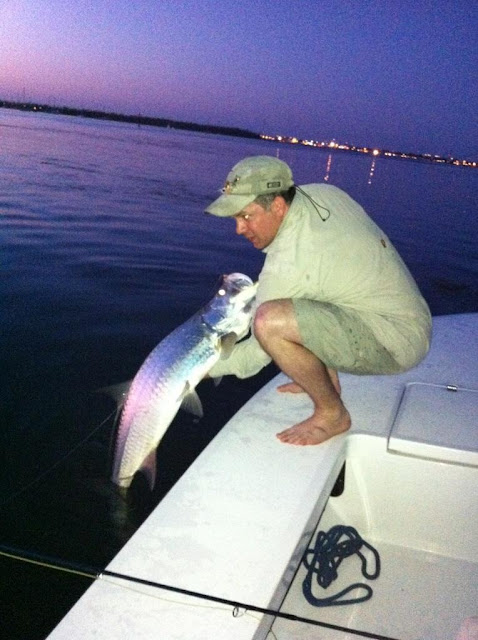 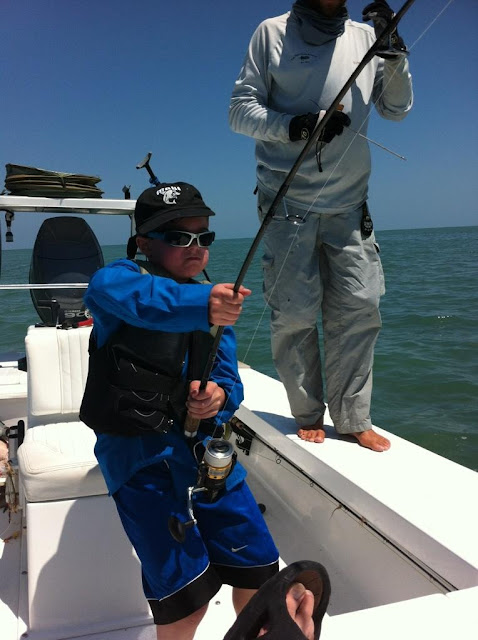 Had a great day on the water with Luke and his 10 yr old son Zach. Zach is quite an angler despite his young age. He went 1 for 2 on tarpon this morning and three big lemon sharks about six foot each. He casted to, hooked and fought all of his fish on his own. He couldn't get enough. His dad Luke jumped four tarpon on fly this morning and landed two big lemon sharks,including one on fly. The guys caught a few jacks and a bonnethead shark 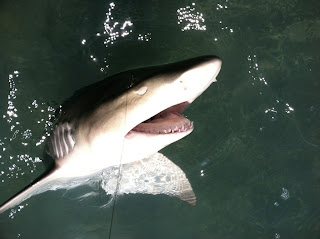 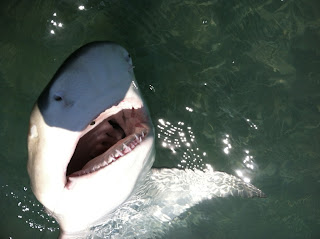 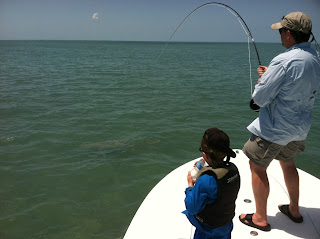 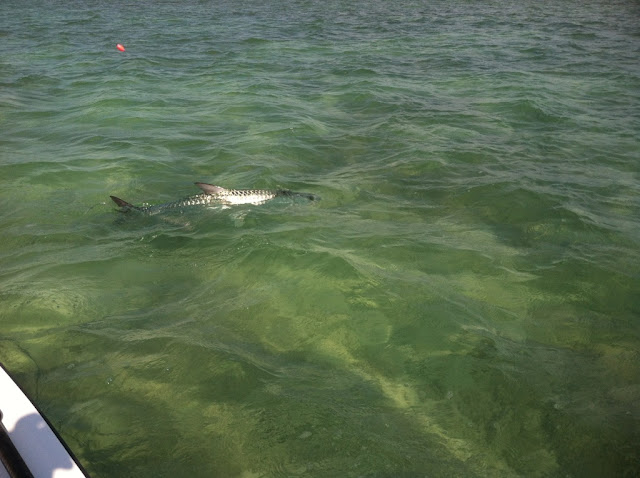 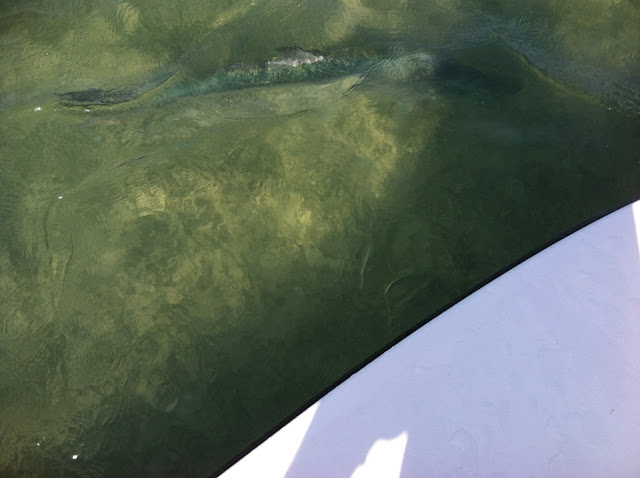 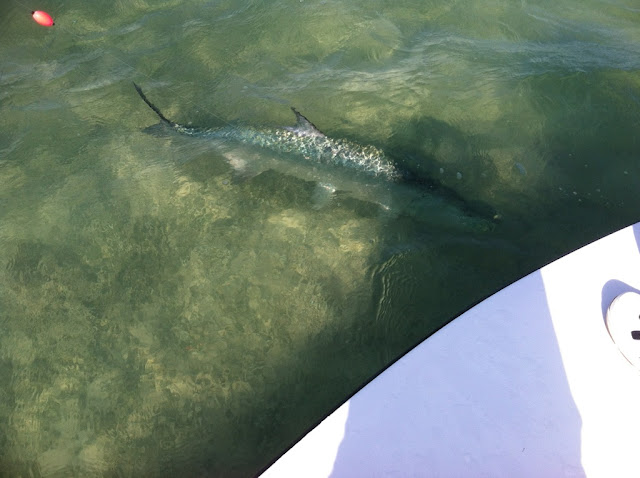