I fished with Dick from Michigan the last two days.  We took off early this morning and were treated to a brilliant sunrise. 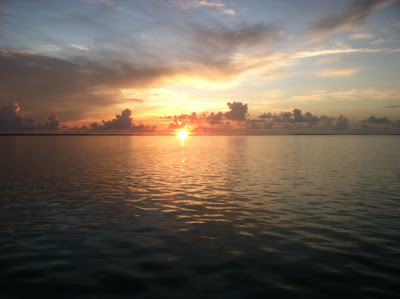 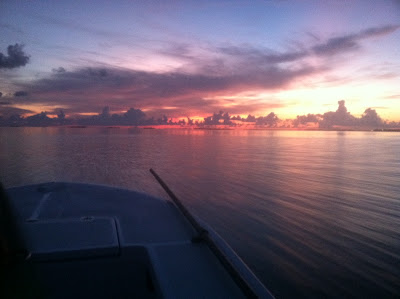 Friday we found a few baby tarpon and were able to get one to the boat and jump another.  Dick also landed a permit using a crab.  The search was on for bonefish, but I could only find one that we didn't get a shot at.  The fishing out west has gotten pretty slow on the flats during this full moon phase. 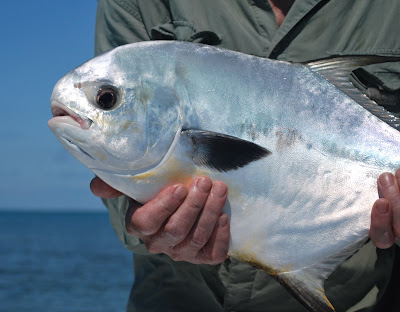 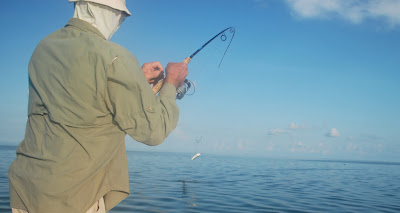 Saturday was all about getting Dick a bonefish to complete his trip slam.  I went out east and fished the backcountry where reports have sounded a lot better than what I was finding out west.  The first flat we hit early this morning had two schools of tailing bonefish.  Dick's first cast resulted in a nice bonefish.  Dick landed a second bonefish about the same size as the one below a short time later. 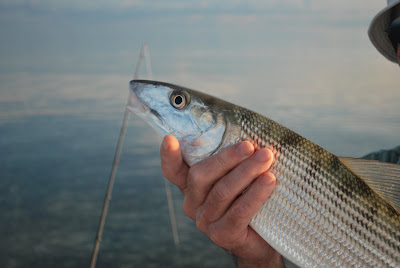 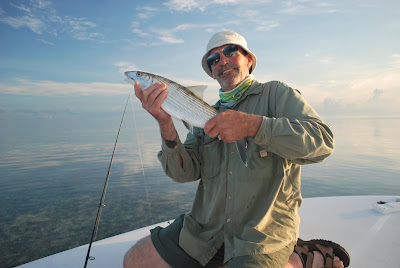