It was another beautiful day on the Key West flats.  I fished with friend and long time client Mike Metzler from Ohio and his buddy Doug.  We started at o' dark thirty this morning for some tarpon action.  Tarpon were scattered rolling around here and there this morning due to a weak tide.  Mike caught a big 100 pound tarpon on a pinfish.  After a few other areas with not much success we moved to the flats. 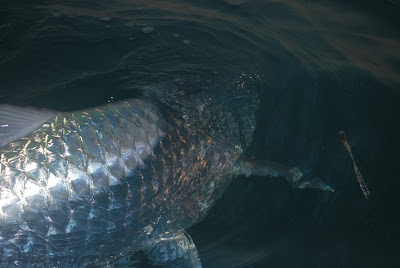 I'm not sure how far I poled the boat this morning but we fished the ocean side flats for 3.5 hours straight with out moving to another area. The wind was perfect, easily moving us down the flats.  As we went along we saw many lemon sharks with Doug catching a large 6 footer.  We had many shots at barracudas landing a couple and few shots at permit that were quite spooky.  The guys also caught a couple of jacks and snapper. 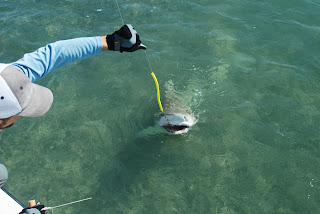 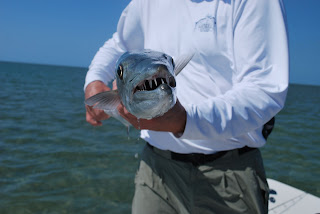 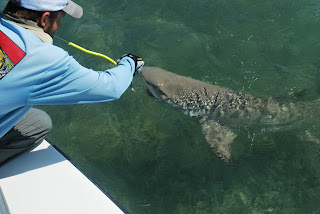