Fished with Lou from California today. Fishing wasn't brilliant due to weak tides, but we saw enough tarpon, permit and bonefish to make it a great day. We found a pair of bonefish in which Lou caught one of them, his first.

Some time later we found all the permit on that flat in one big school, but they spooked just as we got in casting range. A few minutes after that a single big tarpon swam by and eagerly ate a crab that was put out in front of it. About an hour later Lou landed about an 80 pound Silver King.

There was also a ton of small barracudas around and a few sharks. 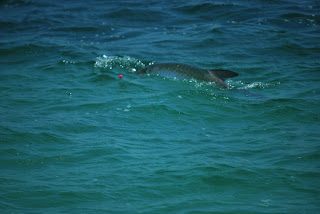 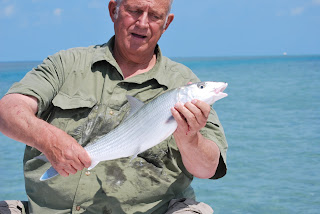 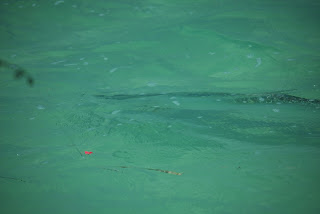