I fished with Brad and his son Dillon this past Thursday and Friday. We started out late morning on Thursday. Fishing had been good in the afternoons during the outgoing tide on the gulf side flats and Thursday afternoon proved to be exceptional. We found three large schools of small permit from which Brad and Dillon each got one. There was a lot of small barracudas around with some bigger fish mixed in. Again the guys each got a quality barracuda. There also were loads of sharks and we saw couple of tarpon, but we weren't ready for them. We ended the day on a bonefish spot where we found a few but they proved to be extremely spooky. Might have had something to do with the high number of sharks in the area.

Friday was all about tarpon. We started off early in front of Key West. The fish were there finning and rolling but we couldn't get an eat. After two cruiseships and a couple of commercial boats went by, the tarpon disappeared. We spent the next couple hours on the Oceanside flats casting crabs and soft plastics. The guys ended the day jumping two tarpon and a few eats. 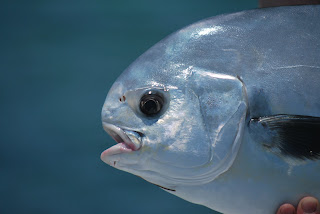 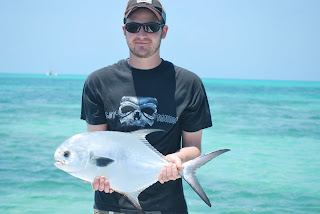 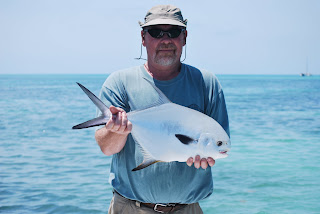